Throughout the year there are many events that are recognized to highlight resources, outstanding organizations and individuals that 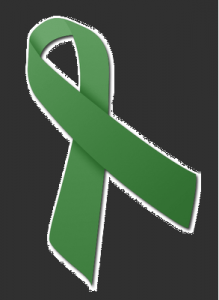 1) Being included in these campaigns allows me to write a blog post and gain awareness of my writing, and create more networking opportunities.

2) The main reason that I like being involved is because I care about the causes that I am contributing to! A lot of times as freelance writers, we write on topics we are familiar with but not necessarily the most excited about or interested in. However, in my experience, campaigns such as the Share Your Story campaign evoke a community of people that are truly passionate about the cause that they are writing for; which makes contributing even more fulfilling.

Being a former caregiver in a nursing home, brain injury was something that I was familiar with and am passionate about. Later in the month, my story will be featured in the campaign so please, check out it out!

To learn more about Brain Injury and Traumatic Brain Injury check out this infographic on the statistics of BIs. If you would like to know more about the campaign or to be participate, you can find them on Facebook at TBIShareYourStory or e-mail at bi.awareness@gmail.com