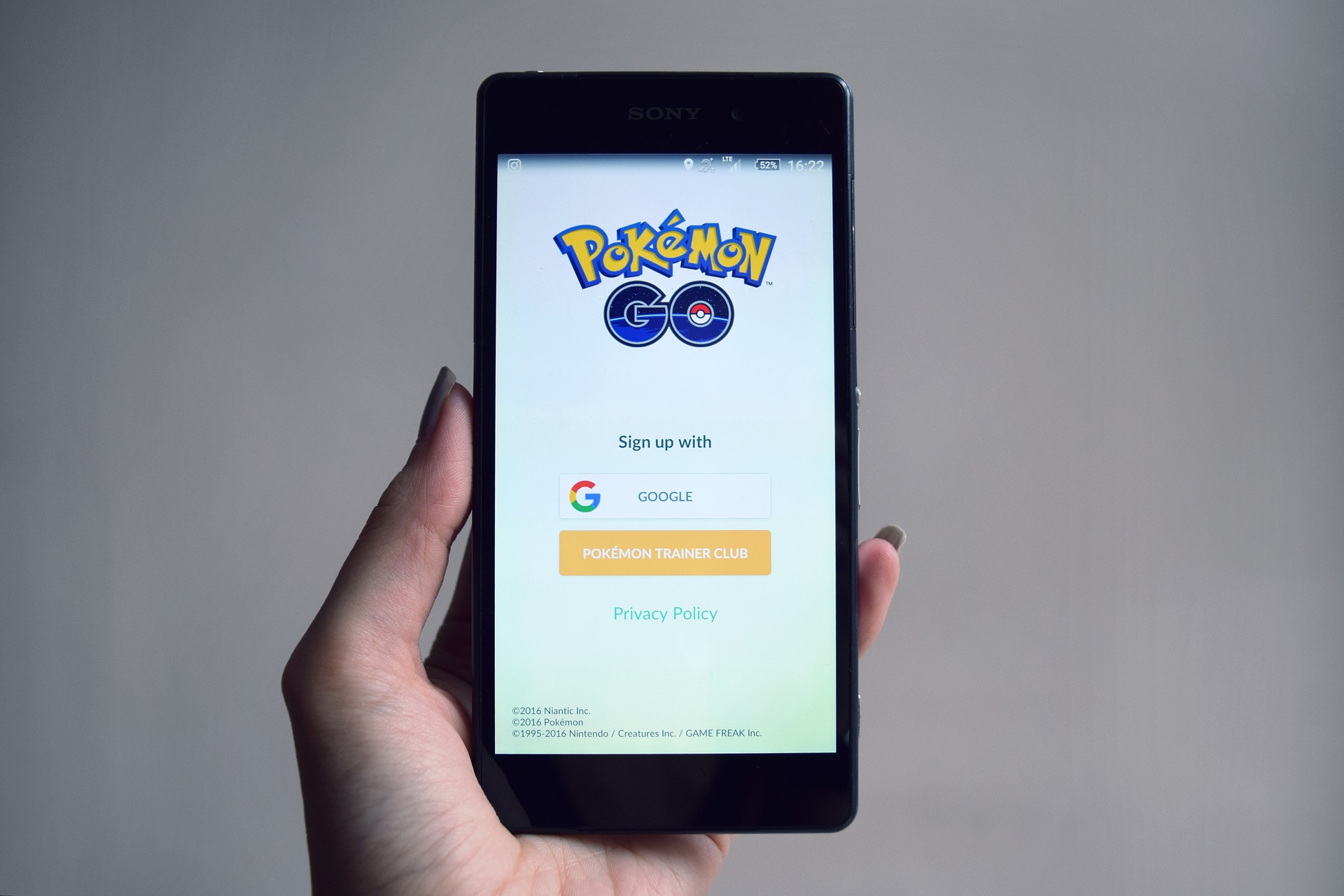 And it is. In fact, Apple (makers of the iOS operating system on which the game runs) said Pokémon GO is the most frequently downloaded app in history in its first week. GO also runs on Android.

The reason, says one analyst, is that people have become comfortable with their cell phones and personal electronics. That level of comfort, and the certainty that such devices are the most powerful devices any of us will ever have 24/7, encourages exploration and experimentation far beyond the original days of Pokémon, as played on the Game Boy console.

The app, or game, uses GPS and a clock to allow you to enter the Pokémon world, where mythical “virtual reality” characters announce their presence by making your phone vibrate. The object is to capture these creatures with a Poké Ball. You can also incubate eggs, which hatch into rare and powerful Pokémon creatures, but you  have to be moving (i.e., walking, but also biking, skating, and skateboarding) to make it happen.

Take an evening walk with your dog, and “catch” a night-flying fairy or Lotad, a Water Weed persona who looks like a bullfrog wearing a flat sombrero (or maybe that is a trash can lid). Go in your local coffee shop, and throw a Poké Ball to capture Squirtle (if he ever migrates from Atlanta).

If you live in New Jersey, there is a Dratini nest in Jersey City close to the Newport station – across the harbor and almost opposite the World Trade Center. If you encounter that annoying little pest Zubat, don’t despair. He grows up into Crobat, and your life improves.

You can find these creatures at your favorite restaurant, fast food outlet, grocery store, barber, rideshare program – even your church. For example, Fasten – a Boston  rideshare company – is now charging $5 per ride for anyone who wants to be picked up from, or dropped off at, a PokéStop (a Pokémon GO-participating location).

Churches seem to be having a lot of the fun. One of our favorite signs says:

“Honk if you love Jesus. Play Pokémon GO if you want to meet Him.”

A lot of businesses are capitalizing on the foot traffic generated by people with cell phones trying to capture all 721 official Pokémon characters (142 of them “native” to the United States)  Businesses that have become designated  PokéStops have routinely seen their sales go up by about 10 percent since Pokémon fever broke out.

How does one become a PokéStop? Originally, game-maker Niantic made the choices from a database. However, players can add to the list, or take stops off the list, by submitting requests to the company’s official support page. And thank Pikachu for that. I mean, who wants to go creeping around a Holocaust museum, or some cranky old couple’s basement?

If nothing else, Pokémon GO is a social phenomenon without parallel, drawing young people together in unusual locations – where they actually talk to one another instead of their phones. When was the last time you saw that happen?

Besides, how can you not love a fad – or “dernier cri” (last shout), as the French call it – when it has the Aussies etching safety notices into the sidewalks? The one in Adelaide reads:

“Stop and look before you GO (and has little Pikachu footprints alongside)”!

Pokémon GO has so captured the hearts of young (and old) that one Redditor has even created a history (infographic) for these familiar little virtual reality characters. It begins 13 billion years ago, in a galaxy far, far away …

Some have attributed Pokémon Go’s popularity to a pending Apocalypse, others see it as the kind of fitness breakthrough America needs, given the fact that one in three under-30s is overweight or obese – a rise of 300 percent since 1971(with rates of diabetes keeping pace). In Saudi Arabia, the fad is being viewed as the emergence of “deviant” religions (Christianity, Japanese Shinto, Zionism, even Freemasonry). People said the same thing about rock and roll.

The popularity also has its downside. Pokémon GO players are finding dead bodies, trespassing in places they really don’t want to go, and illegally crossing borders. So far, no one has been killed, at least in the U.S.

One thought on “Pokémon GOes Public”