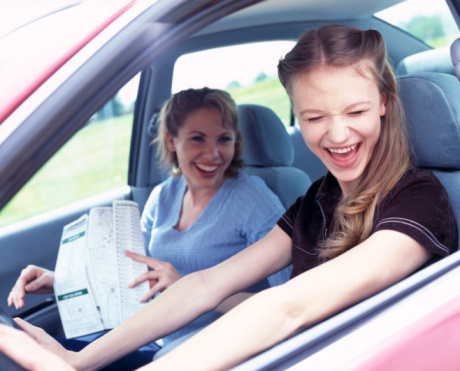 When many teenagers get their driver’s licenses, they find themselves driving second hand cars. Our least experienced drivers are often behind the wheel of smaller, older model vehicles with fewer safety features.

A recent study by the Insurance Institute for Highway Safety found that almost half of drivers age 15-17 killed in wrecks from 2008 to 2012 were in cars at least 11 years old, USA Today reported.

Using data from the federal government’s Fatality Analysis Reporting System, the researchers found almost a third of the teen drivers killed also were driving small vehicles. The study appeared in the December 18 edition of Injury Prevention.

When researchers compared teen driving deaths to fatalities of middle aged drivers, they found that young drivers are much more likely to be in smaller, older cars.

Parents are more likely to buy their children a smaller, older car because it’s cheaper than a new model. In doing so, they could be putting their kids at greater risk of injury in a car accident.

Smaller cars are more dangerous than bigger models because they have less mass to absorb the impact of a crash. The researchers in the study found fewer deaths in larger vehicles than smaller ones and vehicles with higher crash test ratings also were linked with lower fatality rates.

Older cars don’t have the same safety features as newer ones, such as side airbags and electronic stability control, which helps vehicles recover from skids and avoid rollovers. When teen drivers crash, they don’t have as much protection.

Electronic stability control was a standard feature on seven percent middle aged drivers’ cars and only three percent of teens’ cars in the study, the researchers said. Likewise, side airbags were standard equipment in 14 percent of adults’ vehicles and 12 percent of teenagers’.

Considering the length of time it takes to remove a vehicle from the road, it could be three decades before modern safety measures completely take hold, the article notes.

Electronic stability systems and side airbags were introduced in 1995, but the safety features probably won’t be in most inexpensive used cars until the mid 2020s, the article reports.

Parents should think carefully about putting their teens drivers in the safest vehicle they can afford when they are ready to hit the road. Spending a little more up front could go a long way toward saving your child’s life.