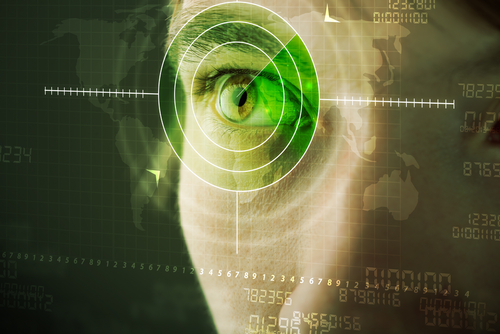 The future of technology can and will most likely replace many occupations from manufacturing to medical care.  Members of the military, however, can not and will not be replaced as long as countries remain in conflict and require protection. Military technology must change and be innovated to keep our country safe and a few steps ahead in a time of combat. Technology, created for military, is full of promising designs. Some look and sound as though they are straight out of a sci-fi movie while others are inspired by the past.

Entering buildings or other places of danger are potentially life threatening situations for military personnel. Despite the threat of danger, soldiers commit to taking the risk and hope that they won’t face gunfire or explosions. The throwable camera could decrease and eliminate the risk of injury and death that some soldiers fall victim to when entering a dangerous environment. The Explorer device is approximately the size of a softball and has an exterior made of rubber. When the device is thrown into an “unknown” environment, a six lense camera takes multiple photos which can be uploaded to a mobile device. Military personnel can review the images and take proper precautions, devising a safer plan of action.

The device, which may resemble a small cannon ball or a grenade, has the same effect without causing destruction. Rather than rummaging through rubble after the explosion, modern military can enter (or stay away from) a space, knowing what they are up against.

One of the most well-known naval vessels is the submarine. “Submarines are some of the most deadly ships in the U.S. Navy arsenal, able to provide tactical and strategic advantages during wartime,” says Belluck & Fox. The Anti-Submarine Warfare Continuous Trail Unmanned Vessel (ACTUV) is in the works to keep the U.S. Navy safe against submarine attacks, but will also be able track enemy submarines’ whereabouts. While the U.S. Defense Advanced Research Projects Agency (DARPA) is still working on the details, it is a promising design devoted to keeping the U.S. Navy safe and one step ahead of any danger lurking in the deep waters.

Who hasn’t dreamed of being robotic? In the near future, army personnel may be able to feel a little more indestructible with TALOS. The Tactical Assault Light Operator Suit acts as an exoskeleton and has the potential to protect soldiers from bullets and other life threatening injuries. Not only can TALOS protect a soldier, but collect data from body temperature, heart rate, and risk of dehydration. The exoskeleton armor is a huge step from centuries of soldier armor that barely provided any protection on the battlefield (think circa Civil War Era).

Revolution of Food During Wartime?

This may be a stretch, but it’s still an idea in the works using modern technology: 3-D printed food. As long as the military has existed, military food has been less than delicious or creative. Ready to eat meals are essential, particularly when limited space, temperature, and environment may be an issue. Military food has one purpose: keeping soldiers alive, but imagine a food experience that could be catered to each individual soldier based on his or her nutritional needs or even cravings. Want a slice of Chicago Deep Dish while your comrade wants a slice of apple pie? 3D printed food may be part of our culinary future.