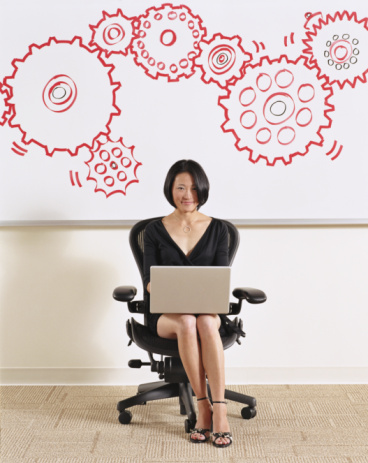 You have probably heard of nanotechnology in some sci-fi world  repairing a super-advanced robot or healing ‘The Doctor’ and his companion as he steps into the ship of Jack Harkness. The reality of this may be closer than you think, at least according to one scientist by the name of Kim Eric Drexler. Before one may delve into Drexler’s futurism what is this nanotechnology which we keep seeing and hearing about in pop-culture?

Essentially nanotechnology is anything science, technology, or engineering based which is done on a much smaller scale, between 1-100 nanometers. Nanotechnology is often seen as an umbrella term which encompasses and can be broken down into other sub-fields such as chemistry, physics, biology and so forth. The field has two radically different directions of research. One will improve today’s world, the other has the potential to completely re-create or destroy it. As one’s intuition can probably tell, those are very different conclusions to two very different stories.

Nanotechnology works off of the discovery that whenever anything is shrunk to the Nano sized scale, it’s almost like becoming a new structure, where it’s properties change. Research regarding nanotechnology focuses on the manipulation of these properties to do something.

Some mainstream nanotechnology is already available to the public. Nano ink is a creation that is being perfected at the moment. A person can literally use a specialized Nano based ink and draw a line that in turn becomes a real, working wire. The marketing video shows a person make a working circuit to turn on a lightbulb. Though this doesn’t serve much more purpose than showing children in schools how circuitry works, it’s still a step in the right direction for mainstream nanotechnology.

Cancer is a hot button topic for many people. Cancer is and always has been a depressing and harrowing prospect. Nanoparticles, however, can be trained to detect these cells in patients who may not even be showing symptoms yet or even know they have it. For those who are aware of the disease, doctors can administer a simple test and learn what type of cancer they have without any invasive tests or procedures. Furthermore, they can be used in surgery to determine certain risk factors that a patient may be prone to. Things like this would greatly reduce medical costs for hospitals which means they can spend more on other necessities, opening up their budget.

Nano absorption is another thing that can be used on a large scale for various reasons. While accidently created by some college student it’s abilities allow it to not only trap explosives and explosive fumes, but can soak up oil, recycle it and then return the water. Imagine if we had this technology during that horrendous BP oil spill. If we had, it probably wouldn’t have been so detrimental to the environment.

Seen in this perspective, nanotechnology has already existed for hundreds of years. Photography, for example, is a subset of nanotechnology. It can even be argued that paints used in the time of the renaissance used nanotechnology to give paintings their appealing color and iridescence. In this way, mainstream nanotechnology isn’t very new. In fact, we’ve already been doing it for the last few hundred or even thousand years. The intriguing part of nanotechnology is found in Drexler’s radical predictions of the future, and is known as molecular manufacturing.

Drexlers book Engines of Creation describes various avenues and predictions of what we could build in the future. In one of his more radical prediction, he describes how one would be able to create a “seed”, paired with many “assemblers” which would be able to place atoms in any arrangement it pleases. This would allow it to build anything it was programmed to. Drexler describes the creation of a seamlessly perfect and efficient rocket engine, without human attention or supervision. His predictions don’t stop there, he describes how nanotechnology would be able to reshape everyday life, from house chores to replacing many human jobs with nanotechnology.

Drexler takes great caution in refuting many arguments against his conclusions in his book. In fact, no scientists has ever been able to prove him wrong. Nevertheless, many scientists claim his work is pseudoscience and not based in reality.

Even so, many renowned scientists like Ray Kurzweil predict nanotechnology development will reach its next greatest breakthrough in the next 10-50 years. The United States even predicts that the nanotech market will reach 1 Trillion Dollars by 2015 (which is not even close to what it is now, being valued at around 20 billion in 2011. Moot point). Still, the U.S among other countries like Switzerland and Germany are spilling money into nanotechnology research and development.

When one talks about such things as nanotechnology, however, you can’t ignore the ethical dangers of such a technology. In 2000 Bill Joy wrote about how nanotechnology will just wipe out human existence in the future. The theory works off that the ‘assemblers’ which Drexler describes would just keep replicating themselves until eventually the entire earth is engulfed in ‘gray goo’. This is similar to the problem Ray Kurzweil poses in his book on the dangers of artificial intelligence. Kurzweil argues that an AI may unknowingly keep doing some menial task it was programmed to, like make paper clips. If it didn’t know when to stop, or was programmed in a hap-hazard way (which happens more often than not), it would just keep creating paperclips. That would be one sad way for the human race to die, wouldn’t it? Death through suffocation caused by paperclips.

Maybe it wouldn’t be unintentional. This raises the problem of rogue groups who may get there hands on the material to create nanotechnology for the sole purpose of creating a machine which would destroy the human race. Terrorists may have this initiative, or some other mad scientist. In essence, nanotechnology may not be such a great thing; Many hold the opinion that it’s quite the opposite.
Regardless of whether Drexler’s predictions are correct, or if we may actually be killed by rogue gray goo in the next 100 years, nanotechnology remains a fascinating and quickly innovating field of technology. I implore you readers to keep watch on this field of tech, simply to know when your impending doom and worst fears are realized, or just to know if a new brand of nano-tech embedded waterproof pants are on the market.